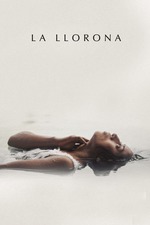 A political drama with horror trappings, and really, if a genocide isn’t a horror, then what is? The movie is tense throughout, but the nature of the tension evolves and deepens as more members of the aging war criminal’s family get haunted, each in their own way.

Director/co-writer Bustamente shoots in wide screen, but for many of the shots inside the house, where they’re essentially trapped, he shoots through doorways or with darkness at the edges; the effect is of a narrower aspect ratio, boxing them in. He makes suspenseful use of some slow zooms in and out too.

There’s little score; much of the movie has protest chants and pipes just outside, and the indigenous crowd’s rage and sadness is more suitable and more unsettling.

As the faithful housekeeper, María Telón has gravity and nobility, and she’s the emotional center of her final scenes. Margarita Kenéfic has extraordinary range as the wife who puts up a loyal front, even as it becomes clear that she knows more than she’ll admit.

The climax features a reveal that’s well telegraphed; the shock is in the particulars of how it’s revealed. I’m not sure that I was breathing through that entire sequence. It’s harrowing and still has some lyrical elements.

Side note: I’ve been getting The Knack song stuck in my head every time I read or hear the title; now that I’ve seen it, it feels a little perverse.