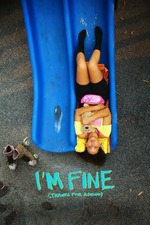 I’m Fine (Thanks For Asking)

A whip-smart comedy about a young widowed mom’s desperate attempt to secure housing by the day’s end. The opening has the lead actress (also co-writer and co-director) dancing on roller blades in front of some vibrant murals. The energy recalls Do the Right Thing’s opening credits.

The movie was shot during covid, but that’s really just the backdrop. They wear masks and it’s mostly outside, but otherwise, life’s going on for Danny as she navigates deadbeat friends, gig work, toxic guys, and some guardian angels too.

The ensemble is consistently on point. A first-timer named BK Marie plays Brooklynn, the friend with a big heart and big dreams who rolls really big joints. She’s a hoot to watch.

It’s all bright and moves fast with a great soundtrack, but by the conclusion, I realized that it’d built up a lot more emotion than I’d been realizing. The final shot makes a sweet grace note to exit on.