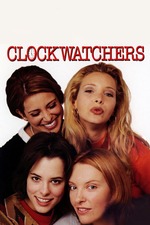 This starts as a workplace comedy before descending into a look at existential malaise. Based on my time as an office temp, that’s exactly as it should be. I’m assuming that director Jill Sprecher, who co-wrote this with her sister, also has some firsthand experience; she captures how the tedium slowly morphs into something sickly. Being miserable on a temp basis doesn’t feel like freedom or flexibility when you’re overwhelmingly surrounded by people who are miserable with benefits.

It contrasts interestingly with Kitty Green’s The Assistant. Whereas Green uses long takes and a documentary-style approach to bring the audience into the mind-numbing mundanity of making copies, Sprecher uses quicker cuts of Collette’s weary face, the paper feed, the copier’s control panel, the humming fluorescents.

Collette, Posey, and Kudrow are smartly cast and work together beautifully. Collette mostly plays nervous and shy though she has one particularly inspired moment delivering a withering stare while nibbling a cracker like a rabbit.

There’s an insular criminal investigation going on in the office, and the Sprechers’ script gives it a very clever twist. This movie was surprisingly darker than I’d expected.