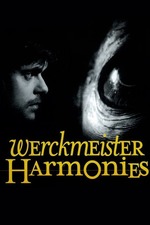 Language, you are, in all your beauty, so inadequate, so incapable of expressing what this film did for — and to — me.

After being in a oneiric state of true awe for 144 minutes, with the final shot of the film, I surrendered something within me. That’s what it felt like. Something was released, forced out of my chest, and I saw it rise, and I saw my body turn black, charred and withered, like a dead tree. Then I no longer had a body. I was nothing but this vision and these paroxysmal sensations I felt. I was staring at my true self outside of my body. There was this huge white light—mercurial and blindingly bright, and I felt so fragile, so weak... utterly and physically stunned. The force of this light was so physical upon me. I was a shell, a skeleton, in the presence of this unknowable, sublime white fire. I could hear the music as if it was my own song. I shook violently and cried for hours. I find it hard to talk about, because it was so violently profound, upsetting, majestic, and personal.

Werckmeister Harmonies is the reason I continue to make films. Werckmeister Harmonies is my favorite film. And yet my response to it was unlike any other film I have ever experienced. I watched it around six years ago, but I will never watch it again. I felt the lights of bardo. It let me touch the wind beyond the veil — and then I came back. When I die, I hope I will feel the same feeling that I had that night, forever.