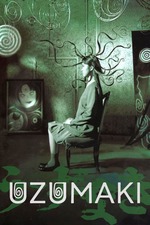 Ito Junji understands probably more than anyone what scares us to the deepest of our soul. I remember reading Uzumaki for the first time and freezing in terror at the horrifying images, but also feeling the dread and despair in front of something so inexplicable. Why are spirals scary? Because they're mundane, everywhere no matter who or where you are. So why is Uzumaki scary? Because it takes that mundane thing and transforms it into a lovecraftian force that affects all humans it touches. The result, then, is this uncontrollable human madness nobody can escape from and perhaps not even you, the reader, if it so happened to set its sight on you.

So how do you adapt this insidious fear from intricately drawn, horrifying images, set up perfectly so that every detail, every panel sets the atmosphere throughout and makes your blood stop inside your veins at the turn of a page? The answer is you don't. Or at least, you don't recreate it as it is; instead, you have to understand what makes Ito's Uzumaki scary in its substance, and leave everything else behind.

This is how Higuchinsky succeeded with Uzumaki: he understood that Ito's original work creates a feeling of uneasiness and uncanny, but he also understood he would have to create his own uncanny totally unrelated to Ito's. So instead of Ito's bone-chilling imagery, this is what he did: he applied an almost strictly green-red color palette, used grotesque practical effects and special effects, and didn't shy away from other experimental techniques like mixing in desaturated shots or using stop-motion animation. For the casting, he deliberately chose rookie actors for the two main leads (Fhi Fan, who plays Shuichi, has to my knowledge not appeared in any other film). Both are slightly awkward and obviously lack experience, but the way they perform like they're exaggerated characters in a stage play instead of real humans gives this touch of uncanny that makes the viewer uncomfortable in just the right way. This is an obvious casting choice when we consider some of the side cast, which includes seasoned actors Denden and Osugi Ren, for example. I recognized this strategy from Obayashi as well, who often casted rookie talents and even non-actors in lead roles.

Of course foregoing realism in this case was the only way Ito's eerie atmosphere could be properly translated to film. I'm not saying it's perfect, because the film isn't exactly scary, but it's strange, it's uncomfortable to watch, and honestly quite disturbing. So in this way, we could say Higuchinsky succeeded in bringing out all of these emotions that Ito brings out as well, but he made Uzumaki his own and brought out the horror from his own vision.
The idea, I think, is to go into this not expecting a regular horror film, and to just take it as it is.

The film's ending does feel a bit rushed and could have benefitted from an additional 20 minutes to wrap up the plot, but despite that it remains overall the best Ito Junji adaptation I've seen. Given I'm a fan of this specific type of erratic filmmaking, so it might not be for someone who prefers more traditional horror cinema.