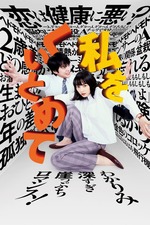 I've always thought I was better on my own. I can be myself with me, I can think whatever I want, I can stop worrying about all the little things like my appearance, my laugh, the volume of my voice. I can do what I want without wondering if the other person's enjoying my company, if they like the film or show I suggested, or if I said something stupid. I don't have to fill any silence like the whole universe depends on me holding it up with every interaction.

I'm happy by myself, but it feels a bit like this, too. Like i'm in a box, or in a tiny apartment talking to a disembodied voice wondering what I should do with myself. It's so strange when you live in that box to realize that others also have a voice they trust more than they trust anyone else. So it was a bit difficult for me, but also kinda freeing, to have Ohku Akiko speak directly to me without holding back.

She illustrates the heart of a woman so perfectly, I thought for a moment, maybe Ohku Akiko is my inner voice? How else would she know what it feels like to point out a sticker on a guy's sock, and holding out your hand for it just as he puts it in his pocket? How else would she know what it's like to feel so terrified of being alone with someone else, you wish the ground would swallow you so you won't have to face them?

Thankfully, there's also the little details of life, the good ones, the ones you've never seen shown in a film so truthfully before, that assure you it's fine to be a girl like that. You can see yourself because the girl you see on screen is so real she could be you. She has her entire inner world, her random interests, her unique habits and her mean thoughts. « I'm more aggressive than people think ». If only you let yourself say the things you want to say more, if only there wasn't this fear of that box breaking down maybe you would've stood up for that girl getting harassed in front of you. Maybe you'd say what you think to your friends more often, and maybe you'd let yourself think you deserve to be yourself and be loved at the same time.

Ohku Akiko can give so much hope through her depictions of loneliness and anxiety. She tells us «It's okay!» It's okay to have your own 'A'. I think a lot of us probably didn't have a choice. One day you'll be able to leave that box without shedding anything from your self and someone will be waiting for you there. It only takes a little bit of courage, and Ohku gifts us with some just with this film.

p.s.: I ate ebifry while watching. It seems the craving is contagious ♡