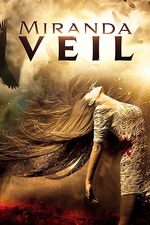 What a unique film. It is never predictable: a rabbit, a fox, a cat, a deer play important roles in Miranda's unveiling. There is violence, and immediately after, tons of humor. Is it a horror film? A comedy? A straight-up drama? Or a surrealist film? It defies qualification, and all of the genres meld together seamlessly. And the ending is just lovely.

Along the way, we are rooting for both Miranda and her would-be serial killer, Soren. The fact that they are ultimately dependent on each other is a delightful twist. Soren's experience with his voices tells the whole story.

The acting is beautifully realized, with Miranda's questioning of her new circumstance and Soren's agony at the end of the film, so truly felt. Beautifully written, original story.

This is actually a love story disguised as a horror film.