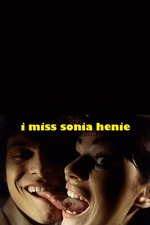 Here’s a bizarre cinematic relic that we can barely believe exists. Way back in 1971, at the International Film Festival in Belgrade, a number of the attendees were given the assignment of shooting a 3 minute magazine of film that would be edited together with the footage from the other participants, a sort of cinematic Exquisite Corpse.

This was not a new idea. It has been done before. But what makes this so special is the level of talent involved here. Just check the list of directors who worked on this film:

Mladomir ‘Purisa’ Djordjevic and Karpo Acimovic-Godina.
The location (a tiny attic bedroom) was the same for each, some cooperative actors were on hand, and each director was required to include the line “I miss Sonia Henie.” Henie, if you don’t know, was a Norwegian figure skating champion turned movie star turned minor camp icon.

The final product is about as discontinuous as could be expected, but as a time capsule of the aesthetic, intellectual, and humor currents that flowed through international (male) Euro-American film culture at the time, it tells us a lot.

The video transfer quality is pretty poor here. Though it improves a lot in part two.

Hey, nobody said this art film stuff was going to be easy.

Austin Film Society is using Letterboxd to share updates and lists with their audience. Join here.