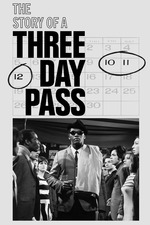 This is a story of a man who thought he could outrun racism. Bigotry travels first class.

I really enjoyed this film. Although the conclusion is heartbreaking on many levels, it was great watching Turner, a black GI stationed in France, entertain and take advantage of options that just weren't available back home.

The film revolves around a brief romance between Turner and a white French woman named Miriam. They dance, they drink, the frolic on the beach, and even have sex. SEX!!! For a moment, this all seems so natural and normal.

But this film, shot in 1968, is very self-aware and it's awareness is manifested in the self talk of our protagonist, a man who is confident in himself, yet who is burdened by the social codes of a land 1000 miles away.

I really appreciate Melvin Van Peebles for taking a chance on a film like this. The radicalness of it still shines through.