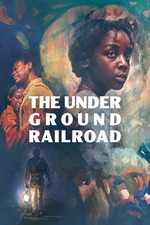 In Barry Jenkins’ 10-hour historical fantasy miniseries The Underground Railroad, regret is generational, as easily passed down in a family as eye color or hair texture. The Underground Railroad, adapted by the Moonlight director from Colson Whitehead’s Pulitzer Prize-winning 2016 novel, takes place in antebellum Georgia. Yet it’d be a mistake to call the series a slave narrative. There’s only pain and suffering in a genre originally constructed to end slavery by explaining the horrors of plantation life to Northern white readers.

That gaze leapt from literature’s pages to dominate contemporary movie screens in films like Amistad, 12 Years a Slave, The Birth of a Nation, and Antebellum. Jenkins eliminates that gaze, using slavery as the canvas for a journey toward freedom, and not just from pernicious slave catchers and brutal masters — from that generational regret.

Cora was just 10 years old when her slave mother Mabel (Sheila Atim) left her, running from their plantation to the North, never to be seen again. That betrayal left a wound in the adult Cora (Thuso Mbedu), and rage festered there. Cora now considers her mother a monster, and herself a blight on the world. To complete her journey out of slavery, she has to escape not just the plantation, but the hate she’s latched onto Mabel. She must learn to forgive, and to see herself as whole again. For these reasons, Whitehead and Jenkins’ The Underground Railroad isn’t a story of dehumanization, but re-humanization.

As the series begins, the undaunted Caesar (a stunning Aaron Pierre) speaks of escape to Cora. His robust frame and piercing hazel eyes hide several truths: He can read, and he knows a way off the plantation. He wants Cora to join him, believing she holds her mother’s good luck. But she doesn’t consider herself special. Only after a string of horrifying events that make the series premiere the hardest episode to stomach does she accept Caesar’s gentle support and escape with him. Across the Georgia landscape, through thick woods and murky swamps — welcome reminders of Andrei Tarkovsky’s Ivan’s Childhood — they perilously travel in search of a station house. [full review via Polygon]