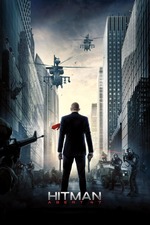 The visuals aside from the cgi are good but everything else is bad. The writing and dialogue especially are so bad they’re good at times. I also love it when bad movies like Sleepless and Green Lantern have end credit scenes that try to set up sequels when you know they probably aren’t gonna happen. Also the person they casted as Agent 47 doesn’t look like Agent 47. They should’ve casted the actual voice actor for 47 in the games. He sounds and looks exactly like 47.

This is bad, but not nearly as bad as the majority says it is.

Wait a minute, I just realized that they never used Ave Maria at all in this movie! I’m taking off points! They even had the theme in the trailers but not in the final film!